Clamp down on enablers of tax avoidance schemes

HMRC says it is clamping down on the promoters and enablers of tax avoidance schemes in the wake of the loan charge controversy.

Penny Ciniewicz, Director General of Customer Compliance at HMRC, told the Treasury Select Committee that HMRC is 'doubling the resources' to tackle those in the 'avoidance supply chain'.

In response to questions about the loan charge, Ms Ciniewicz said:

'We have more than 100 current investigations into promoters [and enablers], and we're keeping a very close eye on the market for avoidance. We are spotting schemes as they emerge and we're tackling them.'

The loan charge policy is currently subject to an independent review. It came into effect on 6 April this year, and applies to anyone who used 'disguised remuneration' schemes. The legislation added a 45% non-refundable charge on all loans advanced through the schemes, unless the individual had agreed with HMRC to settle their tax affairs. 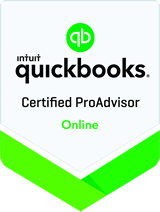